WE ACCEPT MOST MAJOR INSURANCE PLANS

Why It Is Important to Replace Missing Teeth Immediately 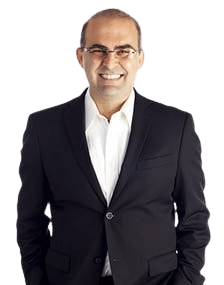 If you have been in a car or sports accident that has caused the loss of one or more teeth, you might feel that other than getting rid of the pain, it’s something you can get past with a quick visit to the dentist to patch it up and get a prescription for some painkillers. You may feel you don’t want to get involved in a long treatment to return your mouth to its pre-accident state, as long as you can chew fairly well and speak normally.

TEETH CAN BECOME LOOSE DUE TO MANY FACTORS

Teeth can also become loose and need to be extracted or fall out due to inadequate brushing and flossing. It still might not seem a big deal, since so many people you know don’t have all of their teeth.

Having missing teeth, whatever the cause, is quite common, but it is not due to aging per se, even though there might seem to be a correlation. According to the American College of Prosthodontists, 120 million Americans have lost at least one tooth and 36 million have none left at all, including 26% of all those over 74. And it notes that as the overall population gets older, the numbers will rise significantly. But 69% of those 35-44 have already lost at least one tooth.

The No. 1 reason why people lose their teeth is because they have trouble keeping them and the gums that support them free of the bacteria that feed on bits of food particles that aren’t cleaned off each day. The problem is due in part to the fact that a third of Americans don’t even see a dentist once a year for a check-up, so by the time they do come in, periodontal disease, the infection of the gums that can loosen their support for teeth is often advanced. Usually, these individuals have an unfounded fear that any dental treatment is going to be painful, even though Wilshire Smile Studio has a wide variety of options to make this pain-free.

There are two ways to prevent losing teeth due to periodontal infection. Few of us grew up understanding exactly how to brush and floss (which should be after breakfast or lunch for two minutes, then after the last snack of the night, when you should also floss). Your dental hygienist can show you the best way to do this and you should have her do a professional cleaning twice a year, since she has the tools and techniques to do a better job than even the most diligent patient can looking in a mirror.

But whether due to accident or poor dental hygiene, you should never just ignore even a single tooth being lost or having to be extracted. If there is a gap in your bite or it is misaligned, your problems will start to get worse as the mouth just naturally tries to adjust by moving teeth, which become loose themselves. You do have options to replace them and stop this process. The best is dental implants, which restore your bite to what it was and these can be a permanent solution with proper care. Dental bridges do not last as long, but can be an affordable option to improve your bite.

Unfortunately, dentures do not stop the gradual bone erosion that takes place, unless they are anchored into the jawbone, like natural teeth (a practice that is becoming more common).

Whatever the cause, if you have lost any teeth, please call Wilshire Smile Studio immediately to explore your best options for restoring your bite and your smile.